Hello! I’m your friend Cacho78 and this time I bring you an article about this wonderful new game, set in the multiverse of Marvel superheroes that has us trapped snapping left and right.

Introduction to the Marvel Snap universe

This last division is what created Marvel Snap, the free to play TCG that has us immersed in the Marvel multiverse like never before, both comic fans and those who only know the occasional character. First with a closed beta that was launched on June 9, 2022 and then, on October 18 of the same year, with early access that has the possibility of fully using the game’s functions, which include: game cards and locations, avatars, deck management, weekly quests, season quests, ranked mode, season pass (free and premium), and shop. It is available for PC, Android and iOS, and is expected to be released in full version by mid-2023, according to statements from the developers themselves.

But what is Marvel Snap?

Marvel Snap is a strategic card game, where each card represents a character from the Marvel comics universe. It differs from other similar games in that the games are defined quickly (approximately 5 minutes on average per game). To win the game you must add more points than the opponent in at least two of the three locations that the game presents. In case of having a location won, one lost and the third tied, the game is defined by the total sum of points in the three locations.

Cubes are how you rank up or down. Attention: once you exceed rank 100 you can no longer go below it.

The main thing is that it has a new feature: the “Snap” (click), which gives the name to the game, in which you can increase the number of points (cubes) at stake in each game.

During each turn, you have the option to increase the cubes in play, but you also have the option to reduce the loss of cubes, being able to withdraw from the game if you consider that the outcome of the game will not be favorable to you. This way, you will lose half of the cubes that are in dispute at the time you leave the game.

It is worth clarifying that the cubes in dispute after a click will be reflected in the game in the turn after it.

And how do you get the cards?

Just for starting to play, you are given 13 cards (starter pack) and as you use the credits and power-ups you get in each match (they are given to you even if you lose) to upgrade your cards, you work your way up the Collection Level . This collection level is where you get new cards, as well as more credits, more power-ups, and gold bars.

You also get these items by completing battle passes. The first one you must complete is the Recruitment Season and once it is finished you will have acquired another 5 cards.

Note that the cards are given to you at the collection level randomly for all players, but you always complete the card pool at the level detailed above.

Man does not live on air alone

The free way to get credits, battle pass points and gold bars is by completing daily, weekly and event missions.

One of the ways to monetize the game is by buying gold bars with real money, but you also get them for free by advancing in the aforementioned battle passes. They are used to acquire variants of cards, which only differ from the original in aesthetics, to buy credits or specific packages only obtainable by this means.

The other way to monetize the game is by buying the premium battle passes which allows you to get exclusive items that are not given in the regular battle pass.

And how is it played?

When you start a game in Marvel snap you must keep in mind that the cards are played simultaneously, within a set time, but only one player has the initiative, this means that their cards are always revealed first. This player has his name under the avatar highlighted with a bright white glow. After the first toss of cards, the next initiative belongs to the player who is winning, but in the event that the players have won one location each and tied the other, it is defined in the same way as a game is defined in these cases: by the sum of total points, and if equality persists, the initiative belongs to the player who had the initiative in the last turn.

You start the first turn with energy 1 to use to play your cards, which are three for that turn and at least one that is added to the game automatically on each turn (even on the first turn), and the energy of 1 on 1 until you reach the last turn. It should be noted that the energy that is not used in the turn is lost for the next, that is, if you only used 2 energy on turn 3 of the 3 available, for turn 4 you will have 4 energy to use.

Energy? Points? Location? What is all that?

Don’t worry, everything will be explained. but let’s start, properly, at the beginning.

As already said, the points of the cards are what define the game. These initially compete in each location and in case of a tie, they define by the sum of the total points of all locations.

The locations, in principle, are three in the game and it is where we can play our cards, between zero and a maximum of four for each location, but in turn each location has a specific variable that determines the development of the game. So much so that they can cause us to not be able to play our cards, or the location to be destroyed, or the cards to be played automatically, or the cards to be moved to other locations, etc., etc., etc.

At the time of writing this guide there are 113 locations!, but this analysis will be the subject of another article by Team Viper.

Tip 1: It may seem like a no-brainer, but the first tip I can give you is to use the Snap button wisely in combination with the Withdraw button. How is this? Simple, without snapping if you lose the game, you lose 2 cubes. But if you snap and retreat before the last turn you also lose 2 cubes. This can be a good dissuasive tactic for your opponent, but you must know how to retreat, especially if your opponent also snaps, since if you don’t retreat on that turn, you will already lose twice as many cubes the next.

Tip 2: The most convenient way to use gold to progress in the game is to buy missions, since when you achieve them you are rewarded with credits and points to advance in the season pass and the more missions achieved, the more these resources To use.

Tip 3: This is probably the most controversial tip of all because it implies that you will most likely lose games, and that is to always try to improve the gray border cards to get more resources. And why are you going to lose games? Because you only get boosts from the cards you use in games. And why should you do this? Because, for example, if we improve 10 gray cards, we must use 250 credits and 50 power-ups to obtain 10 collection level points, whereas if we improve only one gold-bordered card, we must use 400 credits and 40 power-ups to obtain only 8 collection levels. collection.

Snappers friends, I hope you liked this article and more than anything, that it helps you to start having fun with this wonderful and revolutionary game.

Stay tuned to our social networks detailed below because there will be more articles soon. 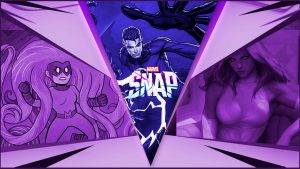 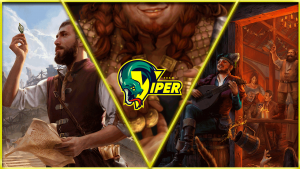 Guide to spending keys in Gwent