Once you start playing, you will get a lot of keys by completing contracts. The idea is to try to spend wisely this resource to get as much ore as possible, because with it you can get the kegs and consequently, increase your collection of cards in gwent (to date we have 1470 cards). With this guide, we will make it easier for you to analyze all the trees and look for the least costly way to get more ores.

You have to take into account the initial trees of each faction that were added a few seasons ago. It has changed the order in which the trees should be unlocked as the latest additions are the ones that are quite good and generous in reward/key ratio. Although not all the cards are outstanding, they will still help us to take our first steps in Gwent, and best of all, the quests to get the cards are relatively easy and motivate us to play with the faction in question.

But first, we give a brief description of the game’s resources.

But first, we give a brief description of the game’s resources.

They are the currency to buy kegs in the store. With 100 ores you buy a keg, of any type you want (except Premium kegs, which are bought with real money). You can also spend it in the Draft game mode. You get them by completing daily quests, with the “GG” (“Good Game”), and at nodes in the reward book.

With scraps you can create any card you want, but the cost to do so is considerable, so avoid spending them on creating common and rare cards! You will get them all relatively soon. Try, therefore, to spend them only on creating epic and legendary cards. You get scraps with the “GG”, at nodes in the bounty book and mainly by breaking repeated cards. In the first few days, you will have a shortage of cards because, at the beginning, you will get very few repeat cards. But don’t worry, this will soon change.

The least useful resource for newcomers, as it is spent exclusively on cosmetics. With it, you can transmute your normal cards to become animated/Premium. Occasionally, some cosmetics (such as skins, boards, etc.) also appear in the store for sale for a variable amount of meteorite dust. You get meteorite dust with the “GG”, at nodes in the reward book, and by breaking repeated Premium cards.

They are the main source of resources in the game. In the Reward Book, you can exchange them for other resources and cosmetics by unlocking nodes in the different trees.

There are several ways to obtain them: – You get 1 point each time you level up. – Several daily quests can give you 1 or 2 reward points. – Progressing in the Journey. – At the end of each season, you receive points according to the rank you have reached. – Contracts, contracts and more contracts. You will fulfill many simply by playing.

In this first part, you can unlock your favorite faction, and then leave the others to their own time. But it is advisable to try to unlock all of them to have a basic knowledge of all the factions.

We give you a brief overview of the cards that you will get every time you complete the tree missions. Don’t forget to unlock each node once you complete a mission, as these are not automatic.

How do I spend my keys and how can I optimize them?

When you start, you need cards and, to get them, you must focus on obtaining minerals. The most profitable is to unlock the 4 “story nodes” or “scrolls” in each tree, but first you have to get to those nodes, and do it by the most efficient way. The 3 point x 200 mineral nodes are also very profitable

Once you have unlocked all 4 scrolls in a tree, as well as the 3 x 200 mineral nodes that are adjacent to the path, leave it and move on to the next tree, you don’t need to complete the trees. The most efficient order for unlocking is as follows:

*The kegs obtained are counted as 100 minerals each, as this is how much they cost in the store.

From this point on, the trees have a mineral x point ratio of 50 or less, so it is no longer as efficient to focus on minerals in the remaining trees. At this point, or even before, you will be able to evaluate what you prefer: focus on continuing to get cards, or focus more on cosmetics, such as backs, avatars, borders or titles, more common in the seasonal trees.

If you want to keep getting cards, always prioritize the mineral nodes over the others. Why? Because with remains you can create the cards you want, yes, but at a high cost, while with minerals you can get kegs, and in these you can get anything. In the worst case (4 repeated Common and 1 repeated Rare) will be 60 remains per keg (or 70, after reaching Prestige 1), but you can always get some epic, legendary or Premium card that you don’t have yet. Just for that possibility, it is worth prioritizing minerals.

This is just a guide to optimize to the maximum the obtaining of minerals, especially at the beginning. Naturally, your points are yours alone, and you decide where and how to spend them.

I thank Chandler from the Discord Gwent ESP community for allowing me to upload this information. 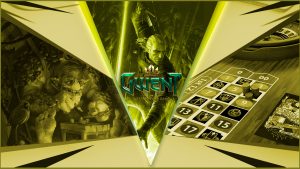 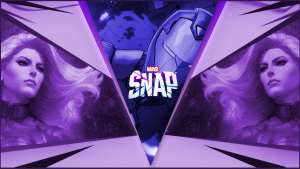 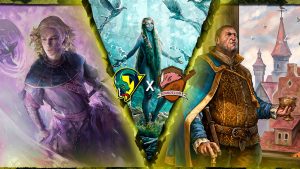